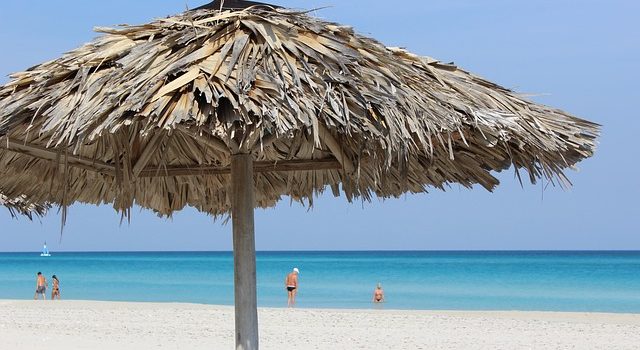 If you like to enjoy sun and tanning, then you must visit the authentic beaches in Cuba, they are distinguished for their transparent waters, ideals to relaxing some days and enjoy of its extraordinary nature.
It should be noted that Cuba is a country conformed by various island, which is known in the Caribbean as Cayos. Generally, Cuba is located between the Atlantic Ocean (“Océano Atlántico”) and the Carribean sea (“mar Caribe”). For this reason, those beaches are considered the best in the world.

Next, we will know some beaches that are most visited in Cuba.

⦁ Varadero Beach (“Playa de Varadero”), the most popular beach in Cuba, itself, is the most demanded beach by tourists who visits the island, it is located in Hicacos Peninsula (“Península de Hicacos”) in Matanzas Province (“Provincia de Matanzas”). It has approximately 20 kilometers of white sand, being the most famous beach of territory, so the Varadero is considered, itself, a tourist attraction.

It is a marvelous combination of fine white sand and its transparent and clear water where you can practice watersports, particularly, diving. By the night, entertainment is great, it has various sites where they offer drinks, food and good music, until dawn.

⦁ Ancon Beach (“Playa Ancón”), is the best beach of Cuban Island, many considers as the most attractive beach of all territory, its white sands, blue tone waters who it’s difficult not to take a picture. And how to not mention the beautiful sunsets that give us with that contrast of orange colors. It is located almost 12km away from Trinidad, it is emphasized on closeness with Trinidad because this beach is combined with the colonials architectural jewelry who has Cuba, and it’s named as World Heritage by UNESCO. It would be intrigue to not visit it, even if it’s to enjoying some party nights.

⦁ El Pilar Beach and the famous Cayo Guillermo, this marvelous beach is located northeast of Cuba, it has about 13km2 and every day it is transforming on a very visited destination by tourists, however, it makes decrease its authenticity a little. The population maintains that, in Cayo Guillermo, the best beach is El Pilar, many American novelists visit it as the famous Ernest Hemingwa, and is supposed that by its calmly and nature beauty is considered an ideal place for writers. The wide sand dunes rise up to 16 meters above water’s level, it is being the highest in the Carribean and it’s an excellent opportunity to enjoy of fishing on mainland standing out as one its attractions at first place. 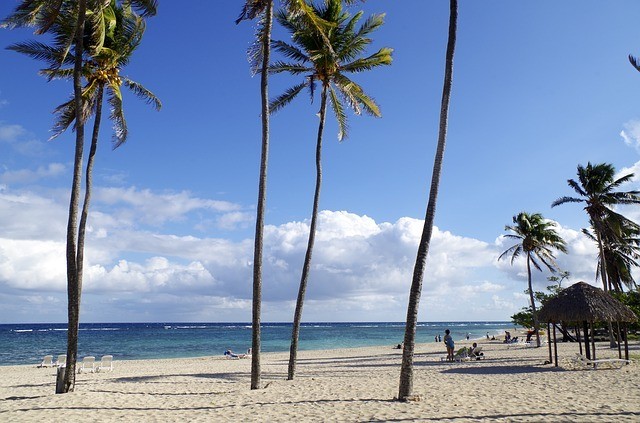 ⦁ Cayo Largo’s Beaches; is established as the natural pool of Cuba, it should be noted that in this place are a big part of the most privileged beaches congregation of Cuba, such as Tortuga and Sirena Beaches determinate as true natural pools, as well as dozens of excellent complexes who has been installed in last years.With more than 20km of white sand and its turquoise waters that are a nature beauty, this beach is selected by tourists that visits it, because it is attractive at sight, also that it is a nice place to spend nice vacations.

⦁ Cayo Saetia, an excellent beach for who loves nature, this island is located in Holguin province which is known as “City of parks” (“Ciudad de los parques”), there we can find one of the best beaches of cuban territory, Holguin beach.
Apart, in Saetia Beach you have the alternative of exploring exotic tropical nature, as well as the fact of practicing different sports. This place is a perfect combination of marvelous beaches and a beautiful natural landscape. By other side, it is a good economic opportunity for anyone because they don’t spend a lot of money for enjoying alternatives that offers one of the most exclusives Caribbean Islands.

⦁ Santa Lucia Beach, it’s characterized for its coral reef, it’s located north of Camagüey and it expands through 21 kilometers of an incredible beach of Cuba, where you can find a diversity of flamingos, migratory ducks, colored tropical fishes, among others marine species, what makes it be the most relevant in the area.
Therefore, it’s an extraordinary place for diving lovers and for who loves marine view, been the most recognized for having the most relevant reefs of the world. It’s important to note that Santa Lucia Beach has become, in last years, on one of the favorite places for newlyweds, at the moment of selecting a honeymoon, and who have lived that experience express that everything lived is unforgettable.

⦁ Cayo Levisa: this beach is excellent on diving, it’s in north area of the western of Pinar del Rio province, on Colorados Archipelago, knowing as Santa Isabel Archipelago, to reaching to this destination you take 2 and half hours by road and 30 minutes more by ferry, it counts of 3 kilometers of extraordinary beaches with its incredible white sand and have a hotel of 40 rooms.

⦁ On Cayo Levisa you can be more relaxed, because you can appreciate more nature and not an area full of hotel chains. Apart that, to enter is done by boats who depart from north coast of Pinar del Rio and can be fixed with Viñales Area.

However, those beaches who have been mentioned in this list, are being the best to have incredible vacations; if you have considered the possibility of pamper yourself, then decide for one of them that sure it won’t disappoint you.

Dare and enjoy together your family or friend, this extraordinary experience you’ll never forget because their natural beauties and calm that here it’s appreciated. Anyway, they are the best beaches of Caribbean and the most recommended by tourists.